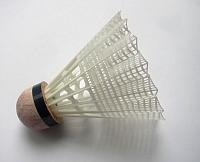 … Made angel food cake for Bill.
Bill & Pete mowing & finished planting corn at 7:00 PM in ponds. I went down to Buss’ to get another bu. corn for him. Surely glad he’s through with that.

Fine day. Bill 12 years old. We got him a guitar & a badminton set. He was awake at 4:00 & said he didn’t go back to sleep. I tuned his guitar for him. Fried 2 chickens, baked beans, did sep, gave boys baths, cleaned up & went to Lils. Mom & Dad stopped so I could comb out her hair. Ger’s were fine. John & Jeannette really grown up. Really a crowd. Little Judy H. there - sang “It is no secret.”
Kids played ball. Ila Jean expecting in Dec. on my birth day. She & Colleen his year. Aunt Josephine is at Charlotte’s. Jack going to Denver. Mid Continent Co. Pilot. Leo’s, folks, Buzz’s here for supper.
Had Billy’s birthday cake. Toots, Mary stopped to invite us over for 4th. Mom & Dad did dishes. I put Tom to bed. Put car away -

Interesting that during this time she called me Bill most of the time, but still Billy sometimes.

I remember the badminton set. Had forgotten about the guitar. I could not play it worth a darn. My fingers just didn’t have the size or dexterity… or something. Perhaps, lack of interest!?!?! ;-)

I was obviously working in the fields with Dad on a regular basis. Wonder if this was the summer we argued over me wanting to stop and watch Captain Video on the television at 5:00 p.m., followed by Tom Corbett, Space Cadet, at 5:15??? ;-)