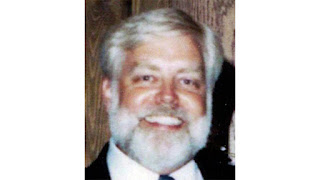 One of my best friends in High School, Class of 1957; room mate Freshman Year at Iowa State… so sad to hear…

Jon Crisman
Jon Crisman silently passed away in his sleep at home and happily entered Heaven on May 25, 2018. He was diagnosed with cancer, had major surgery, and underwent chemotherapy. He fought the cancer for eight months.

Jon was born in Des Moines, Iowa. He was an Eagle Scout, and was honored with the Order of the Arrow. Jon earned his BS degree in Medical Technology from the University of Iowa. He was in the US Air Force for 8 years, and was honorably discharged as a Captain. He earned a Masters Degree in Microbiology, and a second Masters Degree in Hospital Administration. He was a VA Medical Center Director/CEO of different VAMCs throughout his career. He retired from the Federal Government and moved his family to Bemidji where he designed and built the family home. He then taught Microbiology at BSU and NTC for 13 years. He loved teaching the many students who took his courses. Jon's greatest loves were his wife, Jaci, and his two daughters, Becky and Abbey. He spent many summer vacations taking the family to America's National Parks. The way Jon lived his life was proof of his love for Christ. Jon enjoyed working at Bethel Lutheran Church doing whatever jobs were asked of him. It was common for him to spend entire days at church fixing things. His friends were the men with whom he coffee'd with before church and he greatly appreciated the home visits he had with Pastor Mark Kindem. His favorite hobby was Ham Radio. He enjoyed fixing radios, participating in Ham Radio contests, Field Day, and teaching a wide variety of technical subjects to new Hams. He was a born teacher. He was greatly loved by all who knew him and he will be missed more than words can say. We are heart-broken, but rejoice in the knowledge that he is in Heaven.
A Celebration of Jon's Life will be held at Bethel Lutheran Church on June 9th, 2018 at 10:30 AM.
Arrangements were entrusted to the Olson-Schwartz Funeral Home, Bemidji, MN.