Three boys from town, who were hunting Wednesday on the Lon Kinnick farm with three dogs, came near causing Lon the loss of a valuable hog. The dogs, two of them bulldogs, chewed the sow up badly. The boys tried to beat the dogs off with the butt of their guns but were unable to do so though breaking the stock of their guns. Town dogs appear to have no sense about stock. If a hog or any other animal runs from them, they take after it. Country dogs, used to stock, know better. Lon has warned all hunters to keep off his place.

Photo of Lon Kinnick with his horse... 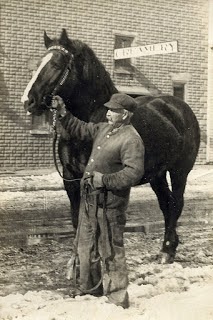 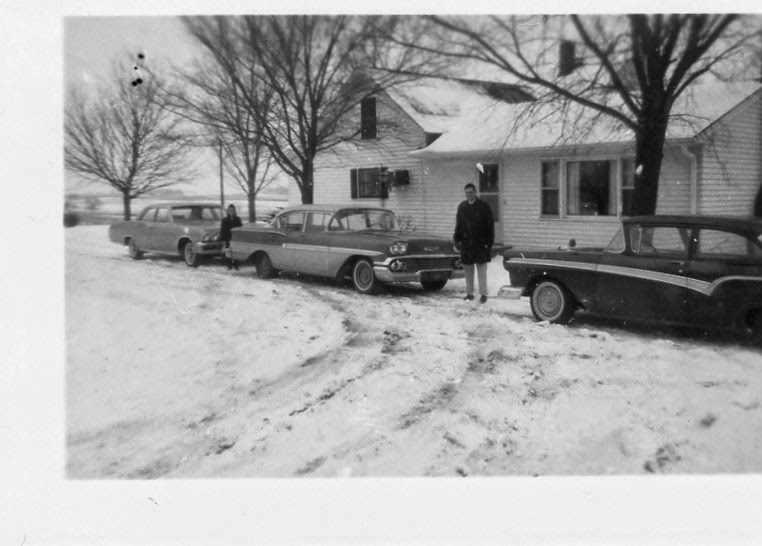 This is the Smith Family Farm, and my next younger brother, Jim, in the middle. Perhaps a younger brother on far left. Curious as to specifics on cars. Not terribly familiar... perhaps I'm just getting old (that really is not in question, of course!!).

Comments appreciated from family and friends! ;-) 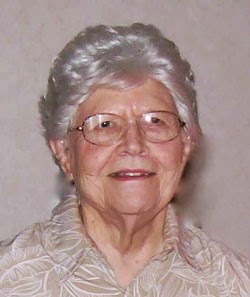 [Ida Marie was my aunt; wife of Leo, my mother’s older brother]

Ida Marie Kinnick, age 96, passed away peacefully on Tuesday, Jan. 6, 2015. She was born in Coon Rapids, Iowa, to Warren Raymond and Zula Agnes (Patrick) Bell, and was next to youngest of their six children: Opal, Irl, Lucille, Dorothy, Ida Marie and June.

Soon after graduating from high school, she married the love of her life, Leo Millard Kinnick, on Oct. 17, 1937, which led to them celebrating their 77th wedding anniversary just a short time ago — a milestone few couples ever reach. During this time, she lived in the Iowa towns of Coon Rapids, Rolfe, Lohrville, Fort Dodge, Lenox and Pella, as well as 20 years in Tucson, Arizona.

Ida Marie's first jobs were as a farm girl, helping her family with the dairy farm, but also raising pigs and chickens. Like a lot of farm kids, Ida Marie learned to drive the pickup early, and long before getting a license, she drove the pickup for delivering milk in Coon Rapids, while her younger sister June delivered it to the doorsteps. After finishing high school, she took what was called "normal training" to be a teacher, and taught "all subjects" in two different country schools outside Coon Rapids — one term in Oakhill, and a second term in STAR School.

Marrying Leo Kinnick in 1937, they started their 77-year trek together on an 80-acre farm outside Coon Rapids. But she rode to town with her father-in-law each morning where she worked in the Jack Spratt grocery store. The next year Ida Marie and Leo followed her parents to their new dairy farm in the Bradgate/Rolfe area, to help with the milk cows and the 100-acre farm.  It was here that she started her dream job, combining life as a mother as well as a wife. Their first daughter, Karen, was born on the Bradgate/Rolfe farm.

About a year and a half later Ida Marie and Leo returned to Coon Rapids with baby Karen, where they ran a little hamburger cafe for about 6 months — living upstairs from the cafe. Ida Marie waited counter and served the food, and left Leo to fry the hamburgers and prepare the food. They sold a hamburger for 5 cents at that time!

The next year Ida Marie and family moved to Lohrville, Iowa, where husband Leo had taken a job in the bank, and she dedicated herself to motherhood, adding three more children, Kathleen, Kelton, and Karla to the family over the next 10 years.  One of Ida Marie's main priorities was seeing that all her children got many of the chances in life that she didn't. She ensured that all four learned to swim, got music and dance lessons, and tried whatever sports interested them. And though it was long before "soccer moms" were ever heard of, she drove the kids to their activities stretching 30 to 50 miles in all directions from their home in Lohrville.  Ida Marie was also an accomplished seamstress — making many of the clothes for all four kids, all the way through their high school and college years, including formal dresses for the daughters and sport coats for her son. She made dance costumes by the dozens, as well as outfits for all the majorettes in the high school marching band. And the sewing continued for many of her grandkids as well — pretty much a life long passion.

In Ida Marie's early years in Lohrville, she was active in Methodist church support functions. But an early passion developed when good friends invited her and Leo, and several other couples, out to their farm to try square dancing!  Ida Marie was really skeptical of dancing in an old chicken coop, even though it had been cleaned out, but Leo convinced her to give it a try.  It was "spic and span clean", and they continued to allemande left, do-si-do and promenade for many more years. Another long term activity was helping with all the school activities for her kids, especially the band boosters — serving up thousands of maid rite sandwiches at the football games. When she and Leo moved to Lenox after the kids were grown and gone, the two of them took up bowling for the first time, joined a local league, and remained avid bowlers for several years — all to the amazement of their four children!

Dwight Williams Coon Rapids’ “refrigerator man”, reports he expects to begin harvesting his annual ice crop Monday. The ice, he says, is excellent, about 12 inches thick and of fine quality as it froze fast without thawing. With good equipment and experienced help the ice harvest promises to be of short duration.

“Shorty” Raymond Raygor was elected chief of the local fire department at a meeting in the town hall Thursday night. He succeeds Dwight Williams. Assistant chief is George Franks and secretary-treasurer is Jack Russell. First foreman is Jack Alex, second foreman is Dwight Williams and chief of fire police is C.A. Nelson. Fires in the community were evenly divided according to reports at this meeting during 1939, 14 were in the country and 14 in town! 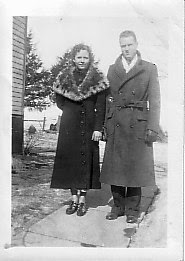 The opening of a new year finds a business change in Coon Rapids. Mr. and Mrs. Floyd Watrous having bought the Tall Corn Inn from Leo Kinnick and taken possession.
Mr. and Mrs. Watrous are both experienced in this line of work. Mrs. Watrous has been employed in a restaurant in Manning and at several local restaurants. They will serve lunches, meals, sell cigarettes and give the public first class cafe service. Mr. Watrous will continue to operate his trucking business. Mr. Kinnick has taken employment for the time at the First State bank.