Sharing Memories - Beginning
This series of blog post was inspired by an event posting on Facebook by Lorine Massey at the Olive Tree Genealogy Blog and her entry of a year ago.

With my previously published Writing Plan for 2011 I certainly must adapt the concept Lorine has suggested, so here is my plan. This will be a weekly Sunday Theme - Sharing Memories, labeled as Sharing Memories. During nearly every week, some 'random' memory that comes up will be recorded, written about, and posted on an upcoming Sunday.

I also have a list of 'memoir' topics I've gathered in recent years - thinking a number of times that some sort of memoir would be prepared and written. So, this becomes a bit more extensive 'modern Genealogy Journal' as well. For years, I've had a notebook to enter my thoughts ' in longhand' (that one of my daughters gave me). It sits with blank pages. Perhaps a weekly blog post will do the trick.

So, my first Sharing Memories post is that I have not done a very good job of Sharing Memories, to date, and pledge, to myself, to do better. Photos are good memory generators that I may use, from time to time, to base a memory post on.

OK, one story from last weekend, talking to my grandson, Alex. I was wearing an Air Force t-shirt. We got talking about the fact that I had served three years active duty, in the Vietnam era. That means that my tour of duty ended two weeks before the Gulf of Tonkin Resolution; this was the 'official' beginning of US involvement in what became known as the Vietnam War. It gave President Johnson authorization to use conventional military force in Southeast Asia without a formal declaration of war.

We talked about AFROTC summer camp experiences, riding in an Air Force refueling tanker, and how I served in a detachment of the Radar Bomb Scoring Squadron in the Strategic Air Command. His mom and dad, and uncle and aunt, seemed as interested in hearing the story as he was. Sounds like I need to share some more of these memories, here, later, as well. 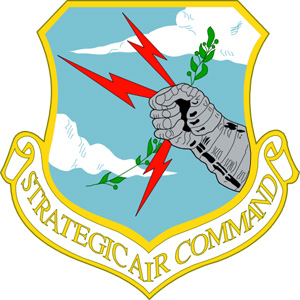