Our SMITH family in the USA began with Michael (Schmitt) (Schmidt) SMITH, born in 1829 in Nambsheim, County Haut Rhin, District Colmer, France per original research done by my Aunt LVene (Smith) Thomas, including a copy of his birth certificate. She believed that he and his family came to the USA shortly thereafter, though no definitive information has yet become available. 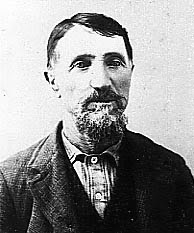 Michael first married Magdaline (Lena) HARBRECHT, who was born in Germany. They had three children: Julia, Mary and Michael. Lena died in Sep 1864.

William Emanuel SMITH was my grandfather.

I am currently updating the family history written by my Aunt LVene and hope to publish it in 2010.