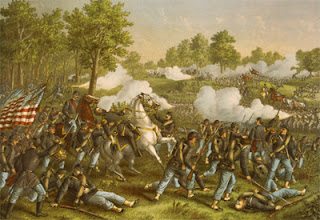 One small part of Character Development is coming up with Names. As I'm in and approaching the final editing process for my forthcoming "Christmas at the Homeplace" - there is a lot of waiting for feedback from others. During some of the waiting time, I've been reviewing the several short stories I've already written related to the Founding of the Homeplace that will be included in a short story collection. This collection will be my next book, in the Spring of 2014, tentatively titled: "American Centennial at the Homeplace."

It begins in 1833 with the first settlement and runs to 1876, the American Centennial year. The various stories share the growth of the valley, town and community of The Homeplace prior to the Civil War, the devastation of the Civil War, and the beginning of the recovery from the devastation. It is based on the many accounts I've read of actual nearby communities during the period.

What does this have to do with Names? Each and all of the names, both surnames and given names, are based on names actually existing in the census records of the three county area in the years of the stories. What a great way to get "correct" names. The names are based on my family history and social history research. Great idea, to use real names for the place and time, for realistic fiction.

The valley population reached about 135 prior to the War. It goes to near zero during the war. By 1970, it is back to near 100, some the same people and some new ones. It was fascinating to share these stories. I'm anxious to write some more - I've read so much, and there are great stories to tell. I hope you enjoy them… and, perhaps, you will recognize some Names. ;-)