What I have in common with Steven Spielberg…

‘Sharing Memories’ series of stories...
What I have in common with Steven Spielberg… 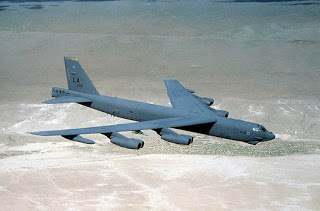 Back in 2012-13, I wrote a series of posts under the theme, Sharing Memories, that came to my attention again today. I was reading the 9 October 2015 (current) issues of the magazine, “Entertainment Weekly.” On pager 40, there is an interview with Steven Spielberg, related to his new movie, with Tom Hanks, ‘Bridge of Spies,’ about to be released (Oct 16).

It was the first few lines of the interview that caught my attention:
“Headline: Steven Spielberg Remembers Looking Up a Lot as a Kid
At night, in wonder. In daylight, at the warplanes lifting off from one of the Air Force bases around Phoenix. “The sky was a crisscross of contrails during the Cuban Missile Crisis, and I could assume these were B-52s going to their fail-safe points,” the filmmaker, 68, says. “It exacerbated my deepest fears that the world was about to come to an end.” his father, an engineer with General Electric, had visited the Soviet Union on a peace-program exchange and tried to reassure his son. “My dad always said, ‘Don’t worry about this, there’s never going to be a war,” he says. “But I never believed it.””

Also referring to the days of the Cuban Missile Crisis, this is what I wrote as my first, of several, memories:

“Probably the most common story I tell (have told) about this time period was that for several days (a week or more) there was never a moment, day or night, when there were not military aircraft in the air, moving east and west, flying over our mesa and house in Winslow, Arizona, in preparation for eventualities 'if' the Cuban missile crisis was not settled peacefully.” From: http://drbilltellsancestorstories.blogspot.com/2012/01/sharing-memories-cuban-missile-crisis.html

It is the first time I recall someone else telling this same story of their observations on those days. Neat!