A 1941 Smith family gathering at the Smith 'Homeplace' - occasion was visit from Nebraska of Charles and Elsie (Smith) Grapes. She was sister of William Emanuel Smith, my grandfather (he had died a couple of years before). Another sister, Lena (Smith) Brown, who lived in nearby Scranton, Iowa, was there as well. 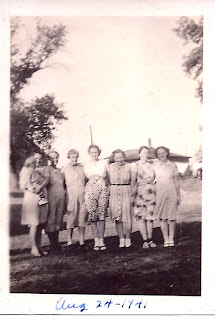 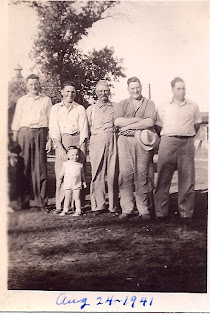