The Weaver  and Stauffer lines are very long ones, going back to Lancaster, Pennsylvania, (where we had a long visit to work on these lines) in the early 1700s and then to Switzerland for several more generations back. I will note here, as before, the generations per Nancy’s research.

William was the son of:

Samuel was the son of:

Peter was born in Lancaster Co, PA, the son of:

Matthias was the son of:

Nancy and I were fascinated by the Stuaffer family and the Weaver family which were chonicles in one of the first “Family History Books” we came across in our research. We were able to spend a few days in Lancaster Co, PA, in 1995, when our extensive family research began.

We have earlier noted that Nancy’s maternal grandmother was Fredya Elsina Weaver Thomas. Her parents were Samuel Lewis Weaver (1852-1925) and Harriet Ellen Yager Weaver (1859-1939). Their family is pictured, below: 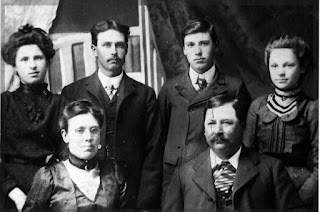 The Weaver line is another very long one, going back to Lancaster, Pennsylvania, (where we had a long visit to work on this line) in the early 1700s and then to Switzerland for several more generations back. I will note here, as before, the generations per Nancy’s research.

This week we will follow the Steele line. Next week, the Stauffer line.

The parents of Lavina Steele were:

Jacob was born in Bucks Co., PA. He was the son of:

Jacob Andrew was born in Germany and died in Wayne Do., Ohio. 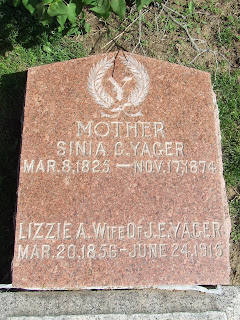 Sinia was the daughter of:

Nelson was one of at least 11 children of:

Daniel, born in Amherst Co, VA, was a veteran of the Revolutionary War.

Daniel was the son of:

This Nelson was the son of:

William was the son of

Charles Tyler starts to appear in Westmoreland Co, VA, records in the 1690s. Charles had become a fairly wealthy planter in the county. The land records indicate he owns at least 1000 acres. 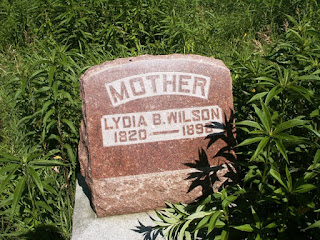 Earlier in the Wilson surname posting, we learned that:

Lydia was born in Plymouth, Litchfield Co, CT. She was the daughter of:

Born in Wallingford, New Haven Co, CT, David, Sr., was the son of:

Born in Middletown, Middlesex Co, CT, Joseph was the son of:

Josiah was the son of:

Josiah was the son of William Adkins, born about 1598 in Wales.

In one of Mom’s (Eileen Smith) boxes of (totally random) artifacts and memorabilia, there is a zippered notebook, like we used in 1950/60s filled with stuff related to the H & H Social Club of women in the Star/Coon Rapids Community for the early 1940s thru the 1980s and perhaps beyond. I believe the first of the programs filed there, actually in order, pasted to pages in the notebook, is 1942-1943. This is an overview, so we’ll take a brief look at them from that perspective. 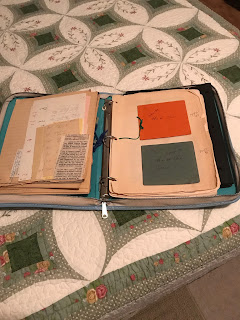 Those first two programs are 42-43 and 44-45. On further examination, it appears these programs were gathered and filed like this for the 25th Anniversary of the club in 1967. I’ll have more on this theory in the next post. 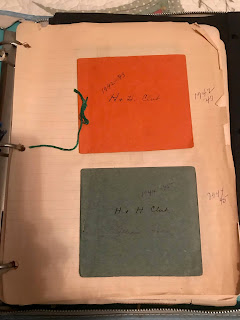 The first page has the scheduled fall 1942 program… 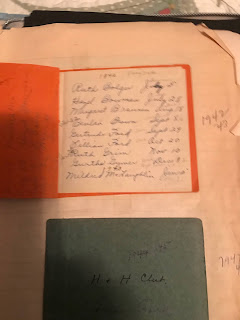 The next page has the spring of 1943 program dates and hostesses. 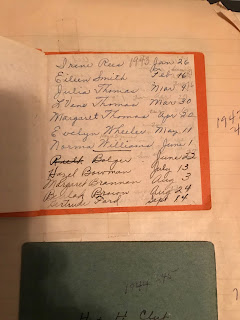 The next page goes into 1944… it looks like these may have been added by hand, later… 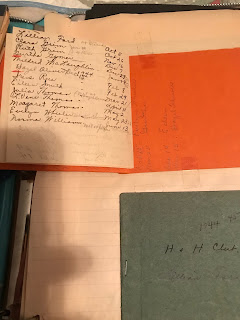 I’ve also included here the next pages, with the next year’ programs. 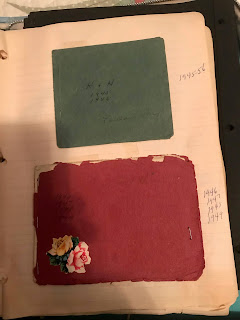 Any artifact like these tend to raise more questions than they answer, of course. Are these from when the club was organized? Do they relate to the 25th Anniversary? Why was the group organized? Who was invited? Was membership a formal thing? Were there dues? What would the programs be that were hosted by the various members?

These were the “adults” as I was growing up, so I find great interest in each individual name. Some, but not all, were affiliated with the Star Methodist Church, but others lived in the nearby town of Coon Rapids. These are the questions we will work on in future H & H Club posts.

I welcome comments at this point, and will reply to any questions in future posts. 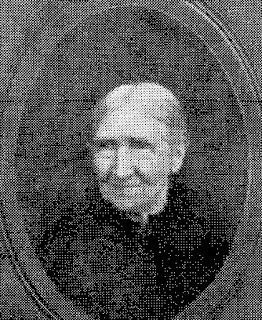 Earlier in the Offill Surname posting we identified one of Nancy’s great-grandparent couples as:

They had three children, Rhoda Jane Walters (1821-1872), Mary Ann Walters (1826-1921), and Franklin Walters (1830-1907). The mother died in 1831.  He remarried and that wife died a few years later. He married a third time to Barbara Ann Smith and they had six more children. Nancy had nothing recorded on the parents of Matthias, though I know she spent a lot of time researching him and his first three children. Franklin settled in Kansas, so we followed his family in depth.

She has that he was Scotch, and a surveyor in Indiana. Born in either Tennessee or Virginia, per census records, he had Land Grants and was on Tax Lists in Kentucky in 1839-1841.

When the children were grown, she stayed in Kentucky and he went to Lawrence County, OH, where he died in 1880 at the age of 80. 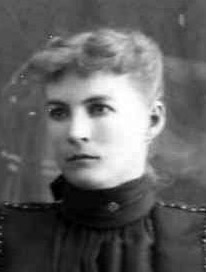 Earlier, when we examined the Surnames Bolger and Dolan, we showed that Nancy’s Great Grandparents were Thomas Edmund Bolger (1861-1926) married Jessie Amanda Dolan (1866-1936).

His parents were:
John Dickey and Judah Saunders