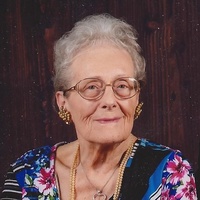 Colleen Jo Ann Kinnick, age 90, of Bayard, IA, passed away on Sunday, April 7, 2019 at the Greene County Medical Center in Jefferson.
Funeral service will be held at 10:30 A.M. on Thursday, April 11, 2019 at the United Methodist Church in Coon Rapids with Rev. Joyce Webb officiating.  Eulogist will be John Kult.  Music for the service will be by Lula Garnes as organist and Cindy Seastrom, Peg Wiemers, and John and Sharon Richardson as vocalists.  Casket bearers will be Colleen’s grandchildren.
Friends may call at the Dahn and Woodhouse Funeral Home in Coon Rapids from 5 – 7 P.M. on Wednesday.  The casket will be moved to the church at 9:30 A.M. on Thursday where visitation will resume until 10:15 A.M.    Funeral arrangements are under the direction of the Dahn and Woodhouse Funeral Home in Coon Rapids and online condolences may be left for the family atwww.dahnandwoodhhouse.com
Born on June 17, 1928 in Osceola, IA, she was the daughter of Wesley and Eunice (Parker) Davis.  She was raised in Coon Rapids where she graduated from high school in 1946.  Colleen played Basketball on the Coon Rapids team that won the State Championship in 1946 and was selected first team all state forward.  She was then selected to play on Dr. Swets AAU Girls National Team that finished second in the nation.  Colleen then attended the University of Iowa for two years. She was married to Edward “Buzz” Kinnick on June 23, 1948 at the United Methodist Church in Coon Rapids by Rev. Eugene Alexander.  The couple made their home north of Coon Rapids where they farmed.  They moved to their current farm three years later between Bayard and Coon Rapids and Colleen worked part time at Frohlich’s Grocery Store.  After her children were raised she attended nursing school at DMACC in Carroll.  She then worked at Greene County Extended Care in Jefferson until her retirement.  She was a member of the United Methodist Church in Coon Rapids, P.E.O. and Eastern Star.  Colleen enjoyed gardening, crocheting, tatting, raising flowers, but most of all, she loved being a Grandma.
Colleen is survived by her husband Ed “Buzz” Kinnick of 70 years of Bayard; two daughters: Marcia Lewis of Bayard and Cindy Franzeen (Sid) of Scranton; a son Lon Kinnick (Donna) of Glidden; a daughter-in-law Cindy Kinnick of Bayard; thirteen grandchildren; twenty great-grandchildren; and several nieces and nephews.
Colleen was preceded in death by her parents Wesley and Eunice Davis; her mother and father-in-law Paul and Dorothy Kinnick; a brother Duane Davis (Dorothy); a brother-in-law Leo Kinnick (Ida Marie); and a sister-in-law Eileen Olsen (Roland); a son Bryan Kinnick; and a son-in-law Neil Lewis.
Posted by Dr. Bill (William L.) Smith at 5:02 PM