on her No Story Too Small blog.


The challenge: have one blog post each week devoted to a specific ancestor. It could be a story, a biography, a photograph, an outline of a research problem — anything that focuses on one ancestor. Not only should this get me blogging more, but also to take a deeper look at some of the people in my family tree.

My approach: I plan to make this a Tuesday Theme, and, use it to enhance my WikiTree ancestor profiles. That is, focus on a different ancestor on my WikiTree list of profiles, each week (include possibly adding new profiles), Great idea! Thanks to Randy Seaver's post for bringing this to my attention! 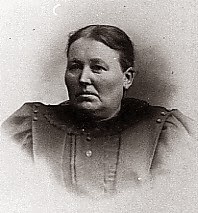 
OK, trying to read my database and associated folder of information, on the Soderstrom family, I am reminded how many times I have read the material in the folder and then not followed through to pick out the important information and get it properly recorded. Even her name is not correct, and, I do know her correct birth date and place. Amazing. Especially in light of all the time I've spent on Michael! And still need to do more there, as well.

The story is that most of the information, the detailed, documented, most reliable information, comes from a descendant of her father's second wife's family. And, they of course, are more interested in sharing a "whole bunch" of information of little or no interest to me. I need to go through multiple copies of 2001 emails, then, the copies of pages of a book they wrote, and multiple original documents I obtained, that are maybe 20-30 pages with useful information on 10-15 of the pages… a sentence at a time. Is this what genealogists are supposed to do? Of course it is! What fun! Just need to focus.

The sheet I am looking at right now, that I want to enter into my database, is a detailed church directory from her hometown in Sweden. Her name recorded there is: Margreta Petronella Soderstrom. Of course it is. She was born: 16/6 1848. That would be 16 June 1848. Her older brother that I have listed as William Soderstrom b. 1845 is listed as Anders Vilhelm 29/7 1845.  That would be 29 July 1845. And… oh my, each of the mother, father, and three children says: Emigr t. N. America 1850. I didn't have that date either. And, finding the ship record goes on the Research Required list… ;-)

Her younger brother is: Johan Peter 16/10 1850. 16 October 1850. They must have left for America late in the year, as other entries have always said all three children were born in Sweden before coming over. [I had previously recorded him as Jonas Peter (John) 1850 - earlier recordings all based on information from my aunt LVene!] Interesting that the parents information I had was complete and accurate. Amazing! ;-)

Elsewhere on the same page of the church directory is extensive information on her maternal grandparents and many siblings of her mother. These each need to be properly recorded, of course. Must have this on To Do List, as well.

I'll call her Maggie, hereafter, for reference, which does seem to be how she was mostly known in America, in her later life [I'll admit to reservations about that claim, now, as well!]. Born in June of 1848, Maggie emigrated with her family from Sweden late in 1850 (a little over 2 years of age) to the Moline, Illinois area.

In a 1908 book, "History of the Swedes of Illinois," under the sub-title of "The Swedish Baptist Church of Rock Island,"  we find her father, Peter Soderstrom, on the 8th of August, 1852, noted as a member of the Swedish Lutheran Church of Moline. To me, this places him (and likely his family) at a place and time. The reason for this notation is that he then became one of the first three persons, on that date, baptized as charter members of: "The Swedish Baptist Church of Rock Island." The Swedes in America were a close knit group, but had a theological split. I'll not go into that here, but, that issue takes up many of these pages, and mentions many different people that play continued roles in the life of this family - actually, Peter's second family. He soon, essentially, abandons his first family - my family.

Maggie's father, Peter, divorced her mother, Johanna Margreta, in October 1861, in Minnesota. It appears that Johanna Margreta and her three children remained in the Moline/Rock Island area of Illinois. I have not found them anywhere yet in the 1860 census. Family tradition suggests that Maggie, by 1865, at age 17, was already a household worker in the Michael Smith household while he was a soldier in the Civil War, when his first wife died, in September 1864. Michael returned from his service in October of 1864. They married 30 Dec 1869. Their first child, a son, may grandfather, William Emanuel, was born 5 May 1869. They went on to have eight more children; not to mention his three by his prior marriage. [The dates all seem to be correct... they did a few things "out of order!"].

I like to say we focus on the mother's side of the family in our family history research. While I do have a lot of information, here, I have failed to properly record it. Good Reminder. thanks, again, Amy! ;-)

Next time, next week, will be great-grandfather, James P. Preston. Oh, boy, another one that needs more work!